In order to create a good sponsorship concept, you should do this from the perspective of someone looking for a sponsor, for example an association. Just as you as a sponsor have to fit into the club, the club has to fit you too. In order to find a sponsor, important steps are necessary.

In the first step, it must be described briefly and precisely what the association, institution or event represents and what is to be achieved. This description serves primarily to arouse interest in a possible sponsor.

In the second step, everything about the scope of the project, the costs and the financing must be described. The desired extent of the sponsor’s involvement and the duration of the sponsorship must also be listed. It is important to bear in mind that no fantasy ideas are described here, but clear facts that are realistic, conclusive and understandable.

In this step, it is important to show a possible sponsor which target groups he can reach. How many visitors are expected? How many members does an association have? And what about the age structure? The other side absolutely needs this information, because this is the only way to determine whether the marketing goals match.

Step 5: Integration of the media

It is of course also important for the sponsor how the public finds out about his commitment. After all, he wants to increase his awareness and improve his image. To achieve this purpose, he needs the right platform for self-expression. The integration of the media should also be carried out precisely.

Step 6: Have the concept checked

Once the concept has been put on paper, it should be read by outsiders. Those who are too concerned with the internals quickly lose sight of the suitability of the concept. People with little knowledge of the subject should understand it easily. Only then is it understandable for a possible sponsor and the request can be handed over.

What points should a sponsorship contract contain?

A sponsorship contract can be a relatively simple, but also quite extensive contract, depending on the type and amount of sponsorship. Basically, however, the five most important facts belong in every contract, regardless of whether it is a small or large sponsorship.

Point 1: the subject of sponsorship

At this point it is necessary to describe which service is to be promoted by the sponsor. Is it just a single event, is it an individual athlete or a support for an entire club for a certain period of time? It is very important that the object is to be defined very precisely from both sides, the more precisely the better. In this way, later misunderstandings or even points of contention can be avoided.

Point 2: Funding by the sponsor

According to SPORTINGOLOGY, sponsoring does not always consist of financial resources. Sponsorship can also include contributions in kind. Services are also possible within this framework. It is important that the sponsorship contract describes the type of funding in a clear and understandable way. It is also necessary to describe the amount of funding and the period. Regardless of whether it is a question of financial resources or benefits in kind.

Point 3: Consideration from the sponsored

The person, the association or the institution that is funded can be contractually called upon for various obligations. These range from simple to extensive duties. It is therefore important to define all of these precisely in the contract. Possible copyrights in the context of sponsoring must also be taken into account.

A sponsor pursues his entrepreneurial goals with his commitment. If he wants him to appear exclusively as a sponsor, this must be anchored in the contract. If this does not happen, the sponsored party can accept additional sponsors.

A sponsorship does not have to be concluded forever. It is therefore important to specify an exact term in the contract. It is also important what deadlines exist for terminating the contract. In addition, certain requirements must be included that justify an immediate termination of sponsorship on both sides.

Free samples can also be used for the sponsorship agreement. Model contracts can be found in many forms on the Internet. These can usually be easily adapted to your own needs.

How do you write a sponsorship invoice?

When writing a sponsorship invoice, the first thing to consider is who is writing the invoice. A distinction is made between:

According to German tax law, private individuals are only entitled to issue an invoice under certain conditions. This is only possible in the case of a private sale of goods or services. If there are now regular payments in the form of sponsoring, the tax office will classify these as independent and commercial income with a focus on making a profit. In this case, a best business should be registered .

When non-profit organization , the invoicing for sponsorship is very complicated represents Ahead there are some points to consider.:

If the sponsorship goes to an association that works with the small business regulation, there is no sales tax for the sponsor. If this is not the case, the sales tax must be calculated on the sponsor’s invoice.

Traders can issue normal invoices when receiving sponsorship benefits. The standard tax rate of 19% is used for the calculation for the sponsor. 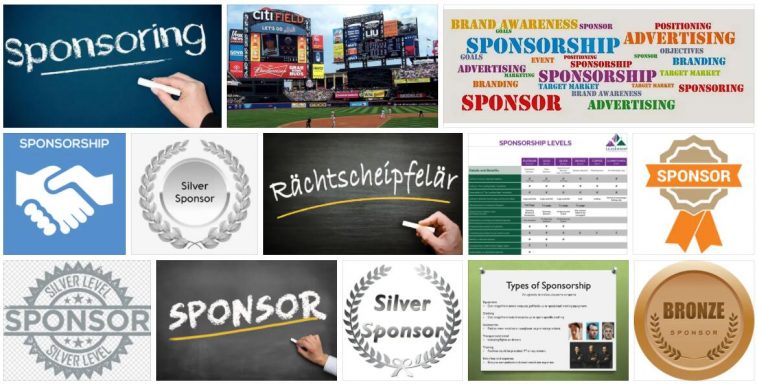